Electric buses in Maryland could make Virginia and DC go green, too

Electric buses in Maryland could make Virginia and DC go green, too

Montgomery County says electric RideOn buses will start running routes in Takoma Park and Silver Spring in March. By Pete Muntean, WUSA9 GAITHERSBURG, Md. — The Tesla of transit is being tested in Maryland’s most populated county in hopes of inspiring even more transit systems to go green. Montgomery County is about to start using […] 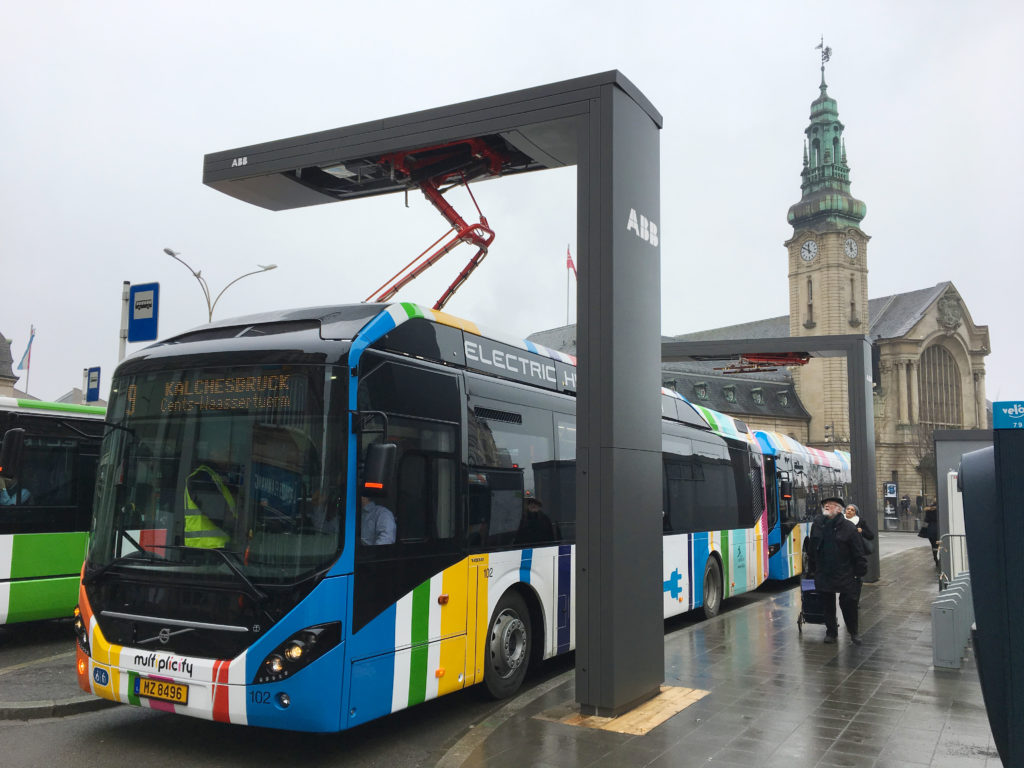 GAITHERSBURG, Md. — The Tesla of transit is being tested in Maryland’s most populated county in hopes of inspiring even more transit systems to go green.

Montgomery County is about to start using four battery-powered buses for its RideOn transit system. Department of Transportation Director Chris Conklin said the buses are among the first in the region. He hopes other transit systems make the move, too.

“This is a really big deal,” Conklin said, noting that electric buses make up one percent of its bus fleet right now. “It’s our goal to go 100% electric over time.”

Drivers are testing the buses right now and plan to put them on the road starting in March, said Dan Hibbert who manages RideOn operations. The mostly quiet buses have a 120-mile range, which Hibbert said will work well on routes in Takoma Park and Silver Spring.

RELATED: 50 battery-powered buses expected to come to the commonwealth by the end of 2020

“I think we’re going to demonstrate that electric buses are a new technology that can be adopted throughout the region,” Hibbert said.

The county is requesting bids for 10 more electric buses, which it’s using to replace its fleet of diesel buses as they reach their 15-year lifespan. Two more electric buses are about to be delivered from manufacturer Proterra in California, with each bus costing $900,000, according to Conklin.

RELATED: Gas station ditches gas and goes electric; A sign of the future?

“It’s not like going to a car dealer and getting a car,” Jamie Cooke, fleet manager for Montgomery County’s Department of General Service, which is overseeing bus testing, said. “We have to go through every inch of the bus to make sure it’s safe.”

The county is also installing charging stations. Conklin said they will ultimately be connected to solar panels to make the charging process even greener. County officials said that about 40% of all of emissions countywide come from vehicles.

STAY IN THE LOOP